Here are the upcoming Book Clubs:

The People of the Broken Neck by Silas Dent Zobal 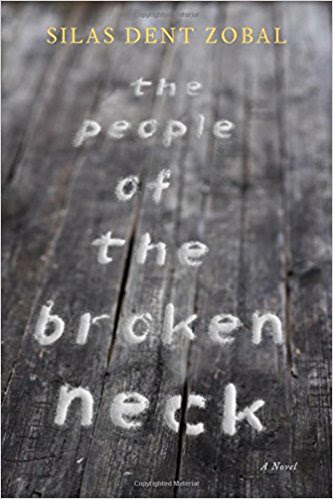 From the woods where he hides with his nearly grown son Clarke and his young daughter King, ex-Army Ranger Dominick Sawyer watches Agent Charlie Basin’s flashlight beam bounce on the walls inside his cabin. Dom’s wife is missing. His post-trauma hallucinations rip at him explosively and bring him to his knees. And a local deputy sheriff is dead. When the FBI agents recede into the night, the Sawyers begin to run, across the country in stolen trucks, leaving a trail of blood behind them. Together with a young girl they pick up on the road, they hope to run until they find a peaceable place in the American Northwest.
But Agent Basin sees his own troubled family reflected in Dom’s haunted existence, and his pursuit is relentless.
Amazon gives this book 5 stars
Behold the Dreamers by Imbolo Mbue
Wednesday, October 25 from 1-3 pm
A compulsively readable debut novel about marriage, immigration, class, race, and the trapdoors in the American Dream-the unforgettable story of a young Cameroonian couple making a new life in New York just as the Great Recession upends the economy.
NAMED ONE OF THE BEST BOOKS OF THE YEAR