Stitcher of the Month!

Stitcher of the Month!

March Stitcher of the Month:

Meredith Roesch is our stitcher of the month for March.  Meredith is a self taught needlepointer who basically stitched the tent stitch until she ventured upon Ridgewood Needlepoint and signed up for the Beginner Class.  From that point on, she started to learn more decorative stitches and enjoyed needlepoint even more!

Meredith says her favorite needlepoint designer is Melissa Shirley and she especially enjoys stitching with silk threads (Vineyard Silk and Pepper Pot).  When asked if Meredith works on multiple canvases at one time, she responded, “rarely….usually one at a time”.  Meredith’s favorite tool is a pair of good scissors.  Her go to stitches are:  Basket Weave, Diagonal Mosaic, Interlocking Gobelin, and French Knots.  As with most needlepointers Meredith has a stash of canvases ready to be stitched.  She stores them in a plastic storage container and her threads are in floss away bags on binder rings.  Many thanks to Meredith for sharing her love of needlepoint! 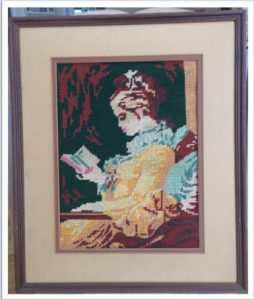 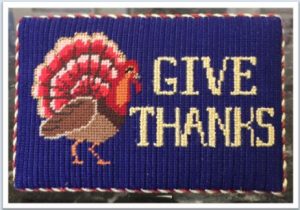 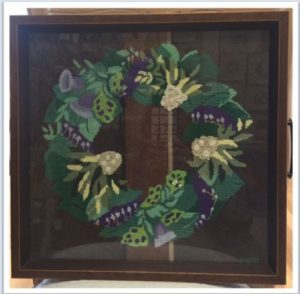 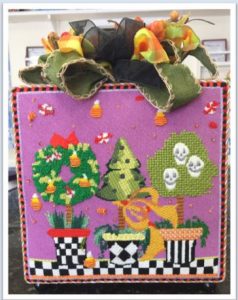 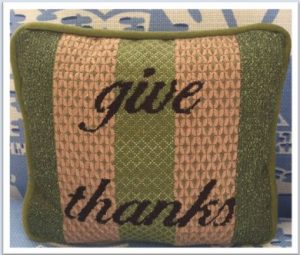 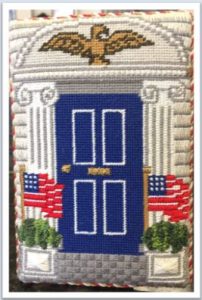 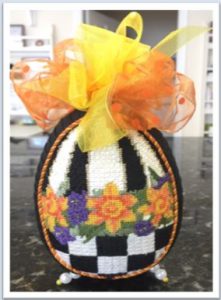 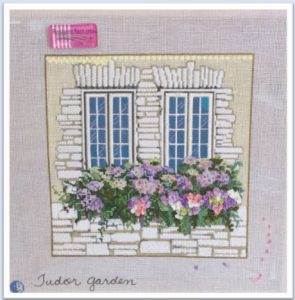